The design of the current US flag has been around for more than 50 years.

The colors of the US flag were chosen Continental Congress and represent specific meanings:

This is impromptu, but a few things stood out this weekend..

END_OF_DOCUMENT_TOKEN_TO_BE_REPLACED 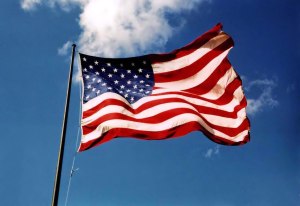 University of California Irvine (ASUCI) students recently voted to approve legislation, designated R50-70, in their legislative council to ban all flags from campus so as to promote a culture of inclusiveness for all students.

In the text of the legislation itself, the only flag ever mentioned is the American Flag.  Old Glory.  The Stars and Stripes. You know, the one where soldiers at Iwo Jima, fighting Imperial Japanese soldiers for inches of ground hoisted the colors on top of the mountain to signify the tide had turned.  The same flag sent to the Moon and back.  The same flag that was raised in Yorktown when General Cornwallis of the British Army was finally defeated and a new nation was born. END_OF_DOCUMENT_TOKEN_TO_BE_REPLACED