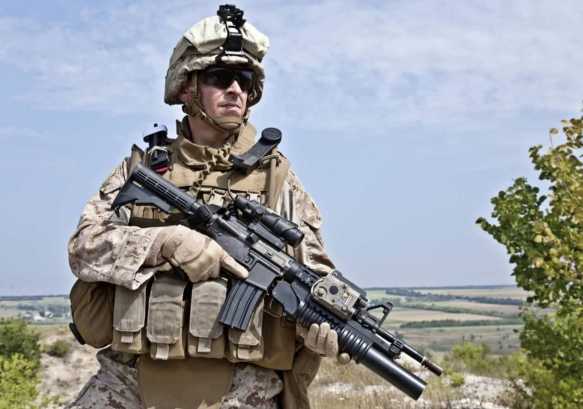 I was sitting at the large table in Starbucks Thursday afternoon doing some research for a project I’m working on. At one end, a small group of young adults were having a rather lengthy discussion about Trump’s recent tweets regarding transgender individuals serving in the US military.

Three young people, each around 25 years old discussing this obvious pressing social issue. One was a young woman named Bethany and she was a Trump supporter. The other woman, Amanda, was a liberal and Obama supporter. A young man by the name of Mark sat between them.

I looked up at them when this exchange caught my attention:

Amanda: “Anyone who wants to serve their country should be allowed.”

Bethany: “Seriously? Not everyone is cut out to serve.”

Amanda: “They should be given the opportunity regardless of their identity.”

Bethany: “Right, and what right do they have to serve?”

Amanda: “It’s everyone’s right to serve! Anyone should be allowed to serve. It’s a human right.”

Amanda and Bethany both giggle and roll their eyes. Poor Mark.

Bethany notices me listening in and smiles.  She asks me if I had an opinion since I was paying attention.

I explained it this way:

“Everyone has an obligation to serve their country, but you don’t necessarily have to do so through the military. Unless you have served, most do not realize the military has rather strict standards of acceptance. You can’t just walk in and put on a uniform. There are written tests, background checks, medical tests, and so forth that you have to pass.”

At that point, Mark asked me about my service. I shared briefly my service as an enlisted in the National Guard, and then in the Army as a young signal officer. I also told him that I almost didn’t make it in because I have a heart murmur.

Bethany quickly turned the discussion back to transgenders and whether they should be excluded. This was something I had thought about over the last couple of days because I have friends who are transgender. The controversy seems to have caused the liberals to become energized about the military again when mostly, they could care less.

I don’t claim to know or understand gender dysphoria, which is still considered a mental disorder. Today’s social justice enlightenment has caused liberals to take up their cause to remove the social stigma associated with it, purely for politics.  The left has weaponized transgender “rights” to attack Conservatives on moral grounds.

In my opinion, the left cares the same for transgender people as they do for the military: Their usefulness is only important so long as they achieve their political gain. In other words, Democrats and liberals only care about political power, and little else. All you have to do is look at how they attack those in same classes they represent who don’t agree with their political views.

So to Bethany’s question, I answered in this way:

Being a patriotic American doesn’t automatically qualify you for military service as a right. If someone meets the requirements, whatever they may be, then they should be allowed to serve, if the military has a need. Not everyone will meet the requirements.

Can transgenders perform their jobs every bit as effectively as anyone else? Absolutely. However, that’s not what this is about. It’s about forcing quote-unquote social justice in the military.

It is complicated by the medical research that shows a vast majority of those who have gender dysphoria suffer from other mental ailments such a depression and anxiety, and often commit suicide. This would need to be evaluated as a factor when someone is considering military service.

Military service is stressful in of itself. Combat taxes a soldier’s mental stability, and over long periods of time, can cause long term mental problems as seen by those who served in every war, for both men AND women.

It is my belief that President Obama forced the military into accepting openly transgender individuals for the sole purpose satisfying his political base. The fact that he waited until the last year of his presidency to make this change after pressure from advocacy groups shows this to be true.

Does that mean patriotic transgender Americans should be automatically disqualified from serving simply because they are confused by their gender? Let’s put it this way: There are plenty of Americans who want to serve but can’t. How do you think they handle it?

7 thoughts on “Military Service is not a right”