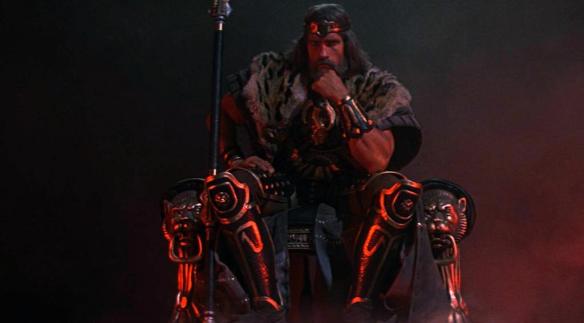 I wrote this post on a few days ago because I already knew my answer the moment I saw the tweets.

I am a forgiving soul. Therefore, Marvin Rodriguez (@SonoranConserv) has one week to follow me, DM me, and tell me how he plans to publicly apologize for claiming that I am faking Parkinson's disease. #MAGA #RWNJ pic.twitter.com/p04FES2kx6

That's right, @sonoranconserv — you and others have stated, not as opinion but as a matter of FACT, that I am faking my diagnosis of Parkinson's disease. This is your chance to set the record straight. I will accept your apologies. https://t.co/RNKiKnT2gX via @YouTube

I'm glad to see that "due to all this economic winning" you are doing so well, @sonoranconserv — you should be able to afford a lawyer to explain to you the importance of apologizing for your false claims about my "faking" Parkinson's disease. Get in touch with me. Seriously. pic.twitter.com/unHmjr4lF5

And just because I am talking to YOU, Marvin @sonoranconserv, don't feel like the Lone Ranger. First you are going to apologize for claiming — not as opinion but as fact — that I have been faking my Parkinson's disease. Then? We'll see. pic.twitter.com/oXq47U9Glb

I wonder if Marvin @sonoranconserv and the other stalker bloggers who have claimed I am faking my Parkinson's will have to rebut evidence like these photos from a congressional briefing in the Cannon Caucus Room in which I was a speaker? Marvin should get in touch with me. pic.twitter.com/erE0Vks6c0

Marvin Rodriguez, aka @sonoranconserv, is one of the stalker bloggers who has posted defamatory lies about me, claiming that I am faking my diagnosis of Parkinson's disease. I have sent him an email giving him a chance to apologize. He has one week. #libel pic.twitter.com/iBSle0rryd

There is no reason for me to retract my posts.

There is no reason for me to apologize for those posts.

All information that supports my opinions are based on Schmalfeldt’s publicly shared posts, tweets, and comments.  It is constitutionally protected opinion.

I state for the record that even if he sues me, I am not responsible for any or all sprained lulz muscles, spasms, diarrhea, cramps, swollen appendages, or other side effects that may result from his complaint.

Follow at your own risk.  Speaking of which, I need to go stretch some lulz muscles.