Remember that saying about history repeating itself?

On its second day of availability, my new Kindle book, "Trump & The Seven Deadly Sins" is on the Kindle Best Seller list for "Best Sellers in Non-US Legal Systems" Thanks, and 47 to go to the top! https://t.co/uVneejqjtU @turkresisting #resist #topprog pic.twitter.com/2NK2gITmwE

One might say he’s trying to sow confusion of an actual religious book. 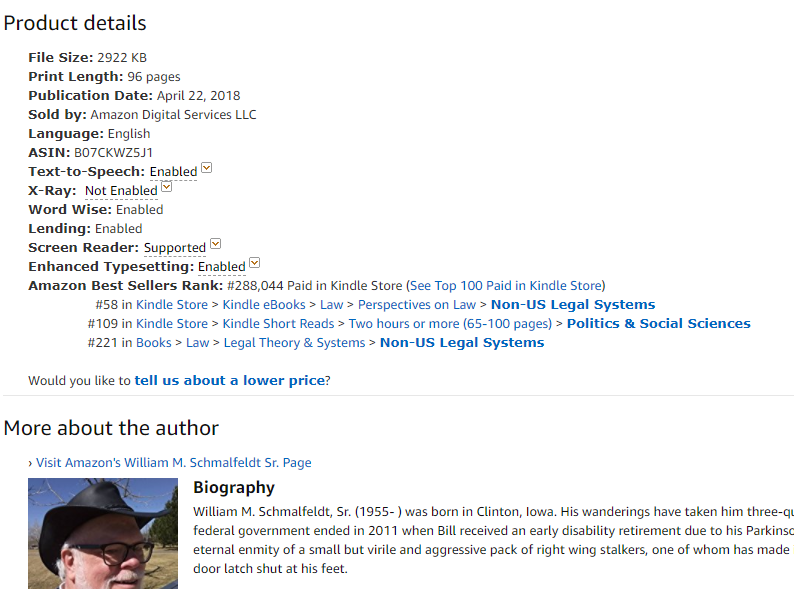 Anyone can get ranked in an obscure category.